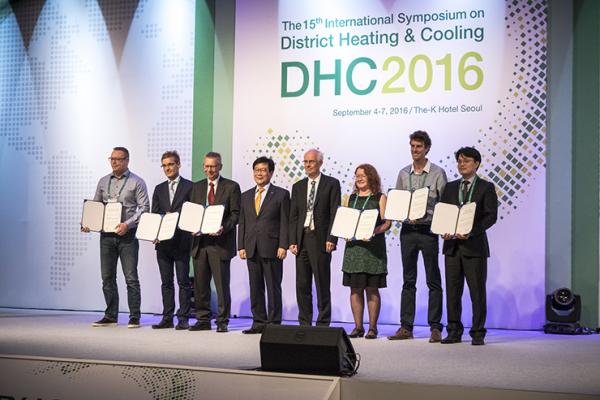 What is the paper about?

The awarded paper describes a number of self-learning algorithms to forecast the energy consumption of a heating or cooling network for the next 24 hours. Indeed, this forecast is of high importance for the STORM controller because it identifies the moments where the controller must intervene.

These algorithms have already been implemented in the demonstration network in Rottne, Sweden. Hence, the paper presents the results of three months of online heat load forecasting, i.e. January to March 2016. All in all, the algorithms need about three weeks to learn the network behaviour and to be able to produce sufficiently good results. In general, the performance of the ELM algorithms is slightly better than the ELM algorithms. During February, the prediction was best, leading to very good ‘mean absolute percentage errors’ of respectively 7.6 and 6.8%.

The STORM consortium sees this award as motivation for their future research efforts and to continue improving the controller.