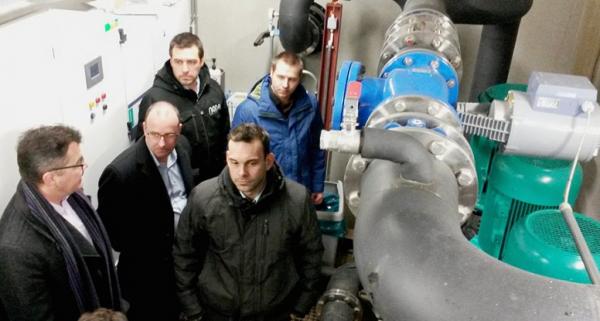 The STORM Kick-Off Meeting (KOM) was held in Heerlen, the Netherlands, on 10th and 11th March 2015. The consortium met in the offices of the Open University on the afternoon of 10th March and officially launched the project. The KOM was very productive and engaging due to its interactive style. During the welcome lunch the consortium members had the chance to get to know each other. After an initial introduction by VITO (project coordinator), each project partner presented itself and its role in the project briefly during the first afternoon. After this session, the project partners travelled to the Mijnwater BV sites, which will be one of the 2 demonstration sites of the STORM project. Mijnwater BV members took advantage of this visit to present their current solutions and their expectations from the project to enhance their services.

The project overview and the project objectives were discussed. This ensured that everyone had a shared vision of the project and highlighted the different perspectives of the organisations ranging from scientific and technical to conceptual and creative backgrounds. Sigma Orionis (leader of work package replication and dissemination) then introduced the envisaged communication, dissemination and exploitation strategy, which will be based on a joint effort by all project partners to ensure wide visibility and replicability.

Day two was devoted to the more technical details of the project. A work plan for the next six months was presented.

The STORM project KOM was concluded by a wrap-up session, and each partner confirmed their eagerness to strive for good cooperation and excellent project results.

These two days laid a sound basis for a fruitful project start.