STORM workshop on 18 May 2016 in Stockholm, Sweden

A strategic STORM workshop was organized on 18 May 2016 in Stockholm to discuss further project advances and get valuable feedback from external experts. 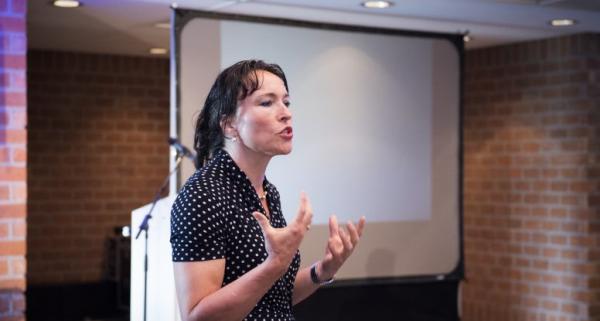 In connection with the networking event of the Swedish Energy Association and the Swedish District Heating Association, a strategic STORM workshop was organized in Stockholm, Sweden on 18 May 2016. The purpose of the workshop was primarily to discuss further project advances within STORM and to get valuable feedback from external experts.
The workshop took place at Hotel J in the centre of Stockholm and consisted of three presentations describing (i) the STORM demonstration site in Heerlen, NL, (ii) new developments in controller technology for smart thermal grids and (iii) the relevance of smart thermal grids in the European Energy Transition.

The presentations were followed by an interactive discussion relating to the technology being generated within the STORM project. There were fruitful exchanges relating to the application of STORM technology in existing third generation district heating networks, i.e. networks with relatively high system temperatures. Sweden has a quite mature district heating market with a very high penetration throughout the market. Basically all these networks are third generation, and most of them are to some extent in need of more modern tools for operational management.

The STORM consortium is looking forward to many more STORM workshops!